The real estate market is rebounding, but a critical piece of the puzzle is missing – appraisers.

After the boom went bust in 2007, appraisers left the field in droves as the work essentially stopped. Industry associations estimate that appraiser ranks declined almost 30 percent.

Now rising demand for their services is revealing that there aren’t enough up-and-coming appraisers to take the place of those retiring soon. 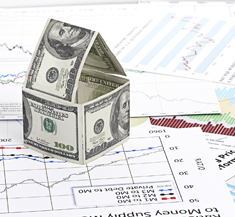 The average age of appraisers is between 52 and 55 years old, according to Appraisal Institute estimates, and about half are between 50 and 65.

At the same time, the number of young workers entering the field has dwindled. This is due to several industry factors converging that makes becoming an appraiser difficult and time-consuming. The history of real estate appraisal is a thorny one as the occupation has moved from totally self-governed to tightly regulated.

Prior to 1991, appraisers weren’t required to be licensed. Legislation was passed as part of the Financial Institutions Reform, Recovery and Enforcement Act of 1989 (FIRREA), which attempted to address the conditions that led to the real estate crash in the late 1980s.

What was at stake then, as now, is that appraisals determine collateral values and therefore the amount of money a bank will lend on a property. If the appraisal is overly optimistic, the bank risks losses in the form of eventual collateral write-downs, which can skew the institution’s debt and equity ratios.

Federal law requires banks to operate prudently, and huge and sudden drops in portfolio value led to many bank failures during past slumps. Another issue is that in the event of foreclosure, the bank won’t be able to recover the asset’s value if it was overstated.

This situation was glaringly apparent during the recession of 2007. During the prior real estate boom, the assumption was made that values would continue to rise. As a result, the people who bought homes at the peak of the market suffered almost instantaneous drops in property value when the recession hit.

This so-called underwater status meant that many homes were now considered worth less than the mortgage on them. This obviously affected bank portfolios and when the downturn resulted in job losses, many foreclosures soon followed. These now bank-owned houses were often sold for a fraction of the value that had been determined only a couple of years before.

Appraisers sit squarely in the middle of a real estate system that attempts to bring unrelated parties – buyer, seller, agent and lender – to consensus. Their role is that of independent evaluator of worth based on existing data. In an attempt to control the appraisal process and squeeze out as much speculation as possible, the government has stepped in to further regulate the industry.

Initially, the field saw the rise of appraisal management companies, which only succeeded in removing the local knowledge element in many cases. Much of the pressure on adding that additional layer has been mitigated by the sunset of the Home Valuation Code of Conduct act. Appraisers and lenders both are now grappling with Fannie Mae’s new requirement to enter appraisal data into a system called Collateral Underwriter, which then scores the appraisal and may force a revision.

In light of this volatile industry situation, attracting new appraisers to the field is not easy. The education and apprenticeship requirements are daunting. An associate’s degree used to be sufficient, but now a bachelor’s degree is required.

Along with college education, trainees must accrue specific training hours related to the job. The Appraisal Institute requires 75 trainee hours, plus 150 to be a licensed residential appraiser, 200 to become certified, and 300 to become a general real estate appraiser. In addition, certain states require classes covering state-specific material.

Perhaps the most onerous requirement is the apprenticeship. A trainee must perform between 2,000 and 3,000 hours of appraisal work during a two-year period. This means being hired as a full-time appraiser in training because hours spent in travel or administrative tasks don’t count.

On top of the hours, the role of the supervising appraiser has changed in many places. In the past, the trainee could perform some work independently, which allowed the supervisor to benefit from hiring them. Now the supervisor must co-appraise every project.

Not surprisingly, there are very few appraisers who are willing to take on the burden of such high intensity tutoring, and there is no financial incentive to do so.

The future of the appraisal industry is caught between a situation of natural decline and one of high barriers to entry. In response, the National Appraisal Congress has formed a working group to study the issue and actively recruit new professionals.

In tandem, they are working to standardize state requirements and ease the mentoring burden on appraisers working with apprentices. Finding solutions is essential for the smooth operation of the real estate and banking industries, and that may provide the necessary incentives for change.

This article was originally posted on December 1, 2015 and the information may no longer be current. For questions, please contact GRF CPAs & Advisors at marketing@grfcpa.com.

Donor-advised Funds – the Pros and Cons