Donor-advised Funds – the Pros and Cons 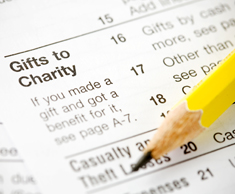 The Pros and Cons of Donor Advised Funds

Donor-advised funds have their fans and their critics. Both sides are passionate in their feeling about these charitable-giving devices.

In essence, a donor-advised fund (DAF) is a philanthropic vehicle established as a public charity. The donor may make a charitable contribution to the fund, receive an immediate tax break and then recommend grants from the fund over time.

It is precisely these points that led to the criticism of the funds because the donor gets a charitable contribution before any contribution to a tax-exempt organization is actually made.

Donor-advised funds are becoming more and more popular and are getting bigger. In 2007, there were approximately 162,000 DAF accounts with contributions totaling about $10 billion. By 2013, the number of accounts had risen to more than 217,000, with contributions of $17 billion. It is estimated that more than $45 billion in assets was parked in these funds at the end of 2013.

A donor-advised fund may be thought of as a charitable savings account. Donors establish the fund, then contribute to it as frequently as they like.

When the account is funded, the donor is eligible for a charitable contribution deduction. But at that point, no funds have necessarily been distributed to charitable organizations.

In a legal sleight-of-hand, donors cannot specify what to do with the funds in donor-advised funds. They can “recommend” that a certain amount be distributed to a specified tax-exempt organization.

The reality is that investment brokers holding the funds want to keep it at their firms, so any request by donors will be honored, assuming the specified organization is a valid non-for-profit organization.

Three main purposes are given for the usefulness of donor-advised funds:

1. Contributions can be anonymous. The recipient organization may be told that the funds came from the XYZ Donor Fund but would not necessarily be advised of the principals behind the fund.

2. They can be excellent vehicles when complex asset giving is a part of the process. For example, assume that a church or other charity is given a percentage ownership in a family-owned S corporation. The organization is not equipped to handle such donations. In such an instance, the interest can be placed in the DAF, which would manage the investment and eventually sell the interest and contribute the proceeds to the designated organization.

3. They allow the donor to make a charitable contribution prior to deciding where to give the funds. This can be useful if the donor desires to make a year-end contribution but has not determined what organization should receive the donation.

Because of these concerns, members of Congress have proposed to require DAF’s to make minimum annual distributions. One proposal would require that funds must be distributed within five years of the date of the contribution.

Congress has imposed several specific restrictions. Prohibited are grants to individuals and certain organizations that are not public charities. Additionally, compensation or loans may not be made from the DAF to donors, advisers or related parties. Congress also imposed a prohibition for DAFs from having “excessive business holdings.”

Since appreciated assets are frequently used to fund DAFs, any restriction by Congress to curtail the tax benefits associated with gifting appreciated property such as real estate, business interests or securities would have a significant negative impact on these funds.

The National Christian Foundation is an organization with a number of resources that can guide individuals seeking to establish a DAF. Some denominations and religious groups have DAF sponsor organizations that may lend assistance.

The future of donor-advised funds is unclear. Changes that Congress makes in the name of tax reform could eliminate or severely reduce the positive attributes of these funds.

With that thought in mind, one would be well-served to establish these funds sooner rather than later before the laws change to the detriment of DAFs. Consult your CPA for guidance on the latest in regard to changes in donor-advised funds.

This article was originally posted on November 23, 2015 and the information may no longer be current. For questions, please contact GRF CPAs & Advisors at marketing@grfcpa.com.

Special-Use Valuation Can Save Taxes