In what is being called one of the biggest valuation decisions of 2014, the Tax Court had to determine which of four substantially different valuations of an estate interest in an investment holding company was the closest to the true value.

The court also had to determine whether a 20-percent tax penalty imposed by the IRS was valid. 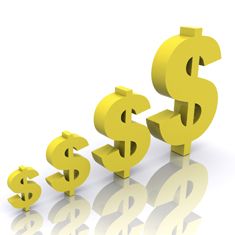 The total assets were found to be worth $52.16 million, of which $45 million was unrealized appreciation with a built-in capital gains (BICG) tax of $18.1 million.

Her estate’s tax return was prepared by a CPA who had done a number of valuation reports, but was not a certified appraiser. Using a capitalization-of-dividends method to determine the value of her holdings, he arrived at a fair market value of $3.15 million.

The IRS auditor, on the other hand, found the value of the estate for tax purposes to be nearly three times that much, $9.2 million.

Both sides hired experts for the Tax Court case. Using a net asset value (NAV) method, the IRS expert came up with a $7.3 million valuation.

The estate’s expert this time was a certified appraiser who used the capitalization-of-dividends method and arrived at a value of $5 million.

The Tax Court found the estate’s contention that PHC’s value should be discounted by 100 percent of the $18,113,083 BICG liability “plainly wrong in a case like this one.” The court decided a $7,817,106 BICG discount was reasonable.

The court determined the discount for lack of control to be 7.75 percent and decided on a marketability discount of 32.1 percent, an average of the discounts of the experts that ranged from 26.4 to 35.6 percent.

In the end, the Tax Court found the value of the decedent’s interest to be $6.5 million, less than the IRS expert’s but substantially more than the estate’s.

The court determined the value of the estate’s interest as follows:

Value of decedent’s interest in PHC

The Tax Court agreed with the estate that it was not an easy estate to value. But because of this, the court said, the estate should have hired a qualified appraiser.

Because the estate used a valuation by someone who was not certified to value the decedent’s interest in the company – and the valuation was less than 65 percent of even the $5 million value defended by the estate’s own expert – the Tax Court found that the estate did not act with reasonable cause and in good faith in reporting on the estate tax return.

According to the court, the estate did not show why it should be excused from the penalty imposed by the IRS and therefore was liable for the 20 percent accuracy-related penalty.

This article was originally posted on April 1, 2014 and the information may no longer be current. For questions, please contact GRF CPAs & Advisors at marketing@grfcpa.com.

Form 990: What the Watchdogs are Watching