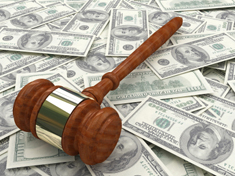 A federal district court has determined that an individual prosecuting a lawsuit was engaged in a trade or business, allowing him to claim a deduction for his attorneys’ fees as a business expense.

Richard Bagley brought the lawsuit against his former employer under the provisions of the federal False Claims Act (FCA). The FCA imposes civil liability on any person who presents to the federal government “a false or fraudulent claim for payment or approval.” Under the whistleblower provisions of the FCA, individuals may sue in the name of the government as a “relator” and receive an award of 15 percent to 25 percent of the amount recovered by the government.

Bagley’s case against his former employer, which stretched for almost nine years, resulted in his being awarded over $36 million, about one-half of which went to his attorneys. Bagley reported the $36 million as business income on Schedule C and deducted the attorneys’ fees as a business expense.

The IRS contended that the $36 million was “other income” – not derived from a trade or business – and that the attorneys’ fees were deductible only as an itemized deduction.

The court found that Bagley’s activities while pursuing the lawsuit were a trade or business and his litigation expenses were deductible as ordinary and necessary business expenses (Richard D. Bagley v. United States, 2013-2 USTC 50,462, Aug. 5, 2013).

The court noted that Bagley spent more than 5,900 hours investigating and prosecuting the FCA claim. He actively participated in the prosecution of the case, reviewing documents, attending meetings and providing his attorneys with his particular expertise regarding the regulations governing federal contracts and pricing.

This article was originally posted on October 14, 2013 and the information may no longer be current. For questions, please contact GRF CPAs & Advisors at marketing@grfcpa.com.

Five Car Myths That Can Save You Money