Initial guidance on qualification requirements for tax exemption as a social welfare organization has been issued by the IRS and the Department of Treasury. The agencies are also seeking comments on the requirements – and expect to receive a large number of them. 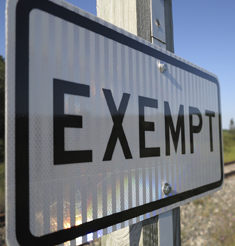 “Candidate-related political activity” is defined in the new guidance and would amend current regulations by stating that the promotion of social welfare does not include this type of activity.

Organizations that operate to promote social welfare apply for tax-exempt status under section 501(c)(4) of the tax code.

What proportion of a 501(c)(4) organization’s activities must promote social welfare is also discussed. The proposed rules would restrict the ability of social welfare groups from conducting a wide range of activities, including advertisements to get out the vote.

There are a number of steps in the regulatory process that must be taken before any final guidance can be issued. A 90-day deadline for comments ends in late February, which will be followed by public hearings and review.

“We are committed to getting this right before issuing final guidance that may affect a broad group of organizations. It will take time to work through the regulatory process and carefully consider all public feedback as we strive to ensure that the standards for tax-exemption are clear and can be applied consistently.”

Currently, a “facts and circumstances” test determines whether an organization is engaged in political campaign activities that do not promote social welfare. The proposed guidance includes more definitive rules and would reduce the need to conduct fact-intensive inquiries.

This article was originally posted on January 14, 2014 and the information may no longer be current. For questions, please contact GRF CPAs & Advisors at marketing@grfcpa.com.

What was Fair Market Value of Mother’s Gift?