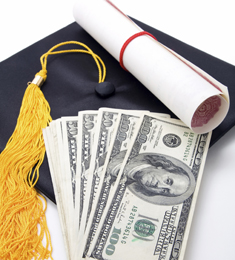 Discover Bank, which handles millions in student loans, has been fined $2.5 million and ordered to repay $16 million to consumers for illegal student loan-servicing practices.

The Illinois-based bank overstated the minimum amounts due and denied consumers information about student loan interest they had paid and needed for federal income tax deductions, according to the Consumer Financial Protection Bureau, which levied the fines.

The consumer bureau also found that Discover engaged in illegal debt collection services, calling loan holders’ mobile phones early in the morning and late at night, before 8 a.m. and after 9 p.m.

Today there are more than 40 million federal and private student loan holders who owe more than $1.2 trillion. Student loans are the second largest consumer debt market.

The Consumer Financial Protection Bureau is an independent U.S. agency responsible for consumer protection in the financial sector. It was created four years ago as part of the Dodd-Frank Wall Street Reform and Consumer Protection Act.

This article was originally posted on October 9, 2015 and the information may no longer be current. For questions, please contact GRF CPAs & Advisors at marketing@grfcpa.com.

Forecasting- What is it and how is it done?