Value of Charitable Remainder Trust Interests at Heart of Case 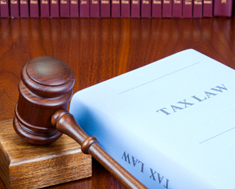 Value of Charitable Remainder Trust Interests at Heart of Case

The U.S. Tax Court ruled that the value of the remainder interest in a NIMCRUT (net income with makeup charitable remainder unitrust) did not meet the historical requirement of being at least 10 percent of the net market value of the property in Estate of Schaefer v. Commissioner, 145 T.C. No 4 (July 28, 2015).

Arthur Schaefer established two charitable remainder unitrusts in 2006 for his sons Benjamin and Ronald. He transferred 49.5 percent of nonvoting stock in Schaefer Investment, LLC, to each son in separate trusts. During his lifetime, he was beneficiary of both trusts.

The IRS and the estate disagreed about the appropriate distribution amount to use in calculating the values of the charitable remainder interests.

The Tax Court ruled that Internal Revenue Code Section 664 is ambiguous in its description of how to value a remainder interest in a NIMCRUT where actual distributions will be the lesser of a fixed percentage or net income.

Because of the ambiguity of the statute, the court looked to legislative history as an aid to interpret the statute. The court concluded that the value of the remainder interest of a NIMCRUT must be calculated using the greater of 5 percent or the fixed percentage.

Because the estate did not meet the 10 percent test for each trust, the charitable contribution deduction was denied.

This article was originally posted on August 27, 2015 and the information may no longer be current. For questions, please contact GRF CPAs & Advisors at marketing@grfcpa.com.

Are You Fueling Your Leadership Pipeline?