Home / Resources / Articles / Which Industries are Hardest Hit by Fraud?

Which Industries are Hardest Hit by Fraud? 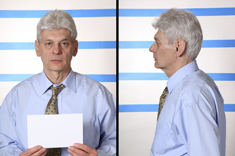 The typical organization loses 5 percent of its annual revenues to occupational fraud, according to the Association of Certified Fraud Examiners 2012 biannual Report to the Nation on Occupational Fraud and Abuse.

Some industries are considerably more susceptible than others. Do you know how your industry fares?

Fraud affects individual industries in different ways. For example, the retail industry may experience a greater number of individual fraud occurrences, but the average loss tends to be smaller than other industries.

The common denominator is that everyone is susceptible to fraud. How well your organization protects itself will prevent you from becoming another statistic.

The most susceptible industries

Nearly 40 percent of fraud cases in the most recent ACFE study took place in private companies. Another 28 percent occurred in public offices, 17 percent in government agencies and 10 percent in nonprofit organizations.

Here are the industries where the highest percentage of fraud occurs:

1. The banking and financial services industry was the most victimized industry with nearly 17 percent of all fraud cases reported. Frauds affecting this sector range from simple cash larcenies to sophisticated check tampering, kiting and billing schemes. In the past few years, identity theft and credit card fraud have become increasingly popular as online banking becomes more and more automated.

2. The government is extremely susceptible to fraud because of its sheer size and number of employees. It had the next highest number of cases at 10.3 percent. Government agencies have fallen victim to nearly every type of fraud that exists, including billing fraud, the purchase of substandard/low-quality products, asset misappropriation and payroll/expense reimbursement fraud.

3. The manufacturing sector also carries a higher risk for fraud, with 10 percent of the cases reported. The nature of this industry makes it susceptible to noncash frauds, including the stealing of goods and materials by employees, as well as intellectual property, such as trade secrets or technology. Billing frauds are popular because of the various products used in assembly. Additionally, expense reimbursement fraud is common because of the sales forces employed by these manufacturing companies.

5. Educational institutions, with 6.4 percent of all frauds reported, are particularly susceptible to billing and expense reimbursement schemes. Corruption, skimming and payroll fraud are also prevalent.

6. The retail sector accounts for 6 percent of all fraud cases, with inventory theft and cash larcenies leading the way. The number of occurrences easily eclipses other industries, but the average dollar amount is typically lower.

The median amount of loss experienced by industries victimized by fraud is quite different, according to the fraud examiners report.

Though the mining industry has a low occurrence, when fraud does happen, the amount of loss is staggering – a median of $500,000. Real estate also has a lower percentage of fraud occurrences, but the median loss is second highest at $375,000.

Here is a list of the five industries with the highest and lowest median losses:

Industries with the lowest median losses

Safeguards to mitigate your exposure

Each industry adopts internal controls that offer it the best protection against fraud and abuse. These safeguards may overlap industries or be totally unique to the sector itself.

The financial services industry has tightened its controls over the past few years by incorporating security numbers and photos on credit cards and enabling checking account verification at the registers for retailers to protect against taking bad checks.

The government uses thousands of internal auditors, along with retaining outsourced assistance to audit its various departments and implement controls.

As manufacturers have become more automated, so have their internal controls. Types of controls include inventory management programs, installation of surveillance equipment in plants and loading docks, GPS tracking on delivery trucks, and corporate charge card monitoring for business expenses.

Insurance companies and Medicare/Medicaid have updated their claims auditing systems to spot suspected instances of fraud. Fraud hotlines and whistle-blowers have been highly successful in the healthcare industry. Some of the largest fraud settlements have resulted from whistle-blower actions.

Even with these controls, fraudulent activity still manages to permeate these safeguards. The best way to protect your organization is to have an internal control review performed on your operation.

Your current practices will be compared against peers in your industry. The goal is twofold – to protect and safeguard your company from being victimized and to improve your processes to obtain greater efficiencies and become more effective at each level of the organization.

This article was originally posted on October 7, 2013 and the information may no longer be current. For questions, please contact GRF CPAs & Advisors at marketing@grfcpa.com.

Is Your Firm’s Bottom Line as Strong as it Should Be?