Home / Resources / Articles / Do You Focus Enough on Existing Donors?

Do You Focus Enough on Existing Donors?

If it’s easier to get more business in the for-profit world from an existing customer than a new one, how does that translate into donor retention practices?

Not as much as nonprofits would hope, according to the Association of Fundraising Professionals, an association that does annual fundraising effectiveness surveys. 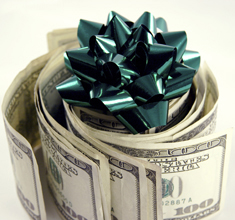 Do You Focus Enough on Existing Donors?

The association’s 2014 survey found that organizations typically lose 102 donors for every 100 they keep. Translated into dollars, nonprofits lose $92 for every $100 they gain.

This negative position will eventually erode even the best donor pool. The survey did find that median donor retention is improving slightly, up to 43 percent on average from 39 percent in 2013.

In addition, the study found that 88 percent of funding comes from 12 percent of donors. Building a strong group of repeat givers is obviously critical for long-term nonprofit financial health and stability.

What can be done to improve this situation? First is mindfulness of the importance of retention. Many organizations don’t know which or how many of their donors give repeat gifts and focus more on the amount of dollars flowing in. Being able to attract a steady flow of new gifts can mask a critically low retention rate.

In 2015, the Nonprofit Communications Survey found for the first time that donor retention was ranked ahead of donor acquisition as a communications goal. In a difficult economic environment where many people are still limiting charitable giving, it makes sense to focus on cultivating those who give rather than beat the bushes in hopes of discovering new prospects.

Turning one-time givers into ongoing supporters requires building relationships. Donors need to feel connected and integral to your organization’s work and to believe their gifts were wisely used and had a positive impact.

Many organizations send out thank-you notes, realizing that acknowledging the gift is the most basic requirement. The usual protocol is to add the donor’s name to email and mailing lists so the person receives additional requests for support.

This is where it can go wrong. A top reason for dropping support is over-solicitation, according to a 2012 survey of donors by Cygnus. Even worse, some organizations sell or share donor information, and one donation opens the door to a flood of other appeals. This can put the brakes on giving.

Allowing donors to select methods and frequency of communication will go a long way toward easing this concern. So will assurances that lists are not sold.

Once communication is established, the quality of what is conveyed can foster the relationship and commitment an organization desires. According to Cygnus, donors actively seek out information about organizations they are interested in supporting. They also want to know what will be accomplished with gifts and how money has been used in the past.

This is where the greatest opportunity lies. Updating donors with the specific results of their gift will help them feel engaged in the organization’s outcomes and success.

Think outside the box regarding engagement strategies. Volunteer opportunities, events, tours, requests for feedback, input and suggestions – there are many options. These initiatives take time, but rather than chase elusive new donors, spend time with – and on – the individuals who already support your mission.

This article was originally posted on October 12, 2015 and the information may no longer be current. For questions, please contact GRF CPAs & Advisors at marketing@grfcpa.com.

Forecasting- What is it and how is it done?