Funding from the federal government can be a significant source of support for nonprofit programs and services. Applying for the money and then handling it once it’s awarded, however, is often a complex proposition.

The Office of Budget and Management (OMB) is responsible for grant and contract oversight. The office publishes two publications that provide guidance to nonprofits seeking federal funding. 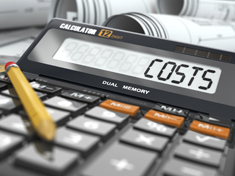 Paying for indirect costs has long been a problem area for nonprofits. Indirect costs include administrative salaries, rent, utilities, insurance, professional services and anything else that supports the program or service but can’t be identified as directly related to service provision. There are also stringent rules about what can be considered direct, especially regarding administrative staff members who might perform related tasks.

Organizations that regularly receive grants, especially from the same agencies each year, have the option of seeking a federally approved indirect rate. This reimbursement can be significant for institutions like universities, where the indirect rate can be upwards of 40 percent.

Small organizations often struggle with the complex accounting calculations to determine indirect costs and set a rate that will work for years forward. Organizations with unrestricted funding streams like donations or memberships often don’t separate direct and indirect costs fully during the bookkeeping process. Preparing the annual 990 return is probably the closest organizations get to carving out administrative expenses. The next step required is calculating the percent of direct program costs they represent.

In response to these long-standing concerns, in 2014 OMB issued a new ruling, the OMB Uniform Guidance. The rules in the uniform guidance document apply to local and state governments as well as federal agencies. The major changes to OMB rules are as follows.

1) The activity performed must be integral to the federally funded project or activities.

2) Individuals can be specifically identified as working on the project.

3) Their costs are specifically included in the grant or contract budget and have received approval.

4) These costs are not also included in indirect cost calculations or reimbursement.

This ruling will allow organizations to better pay for necessary support staff members who otherwise would require unrestricted funding sources. Other expenses that can be shifted as direct costs include cost of materials, related extraordinary utility cost and certain services provided to the grant activities. Accurate cost accounting is essential for federal grants. The more accurately a relationship between expense and activity can be proven, the more likely it is that costs will be covered.

New indirect reimbursement rules – Perhaps one of the most beneficial changes to the OMB rules is the provision of a 10-percent indirect rate that can be charged without pre-approval. For small organizations, those who rarely tap federal grants and those without sophisticated bookkeeping systems in place, this provision can be a simple way of covering some overhead. Negotiating a higher rate in the future is allowed. Those with rates in place are not affected by the ruling.

Another major change is a requirement for state and local governments to reimburse reasonable overhead costs in the case of pass-through grants. If a nonprofit has a negotiated rate, that must be used.

Single audits are rigorous audits performed by CPAs of an organization’s financial statements and records. The federal government is seeking to ensure that costs were properly charged to grants. Upon triggering this threshold, many small organizations then have a standard audit performed as well.

The new provision will save many organizations from incurring the expense of a single audit, which must be performed annually.

This article was originally posted on July 20, 2015 and the information may no longer be current. For questions, please contact GRF CPAs & Advisors at marketing@grfcpa.com.