Nonprofits Could Benefit from Stronger Relationships with Foundations

The Great Recession caused a perfect storm for nonprofits by raising client need at the same time as dollars from individuals, government and foundations declined.

Stretched resources and poor portfolio performance resulted in fewer dollars to give. The situation is gradually easing, but there are still improvements to be made. 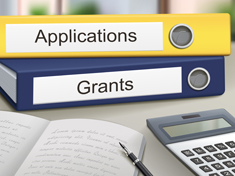 Nonprofits Could Benefit from Stronger Relationships with Foundations

GEO identified a major area of nonprofit struggle as the inability to finance ongoing operating expenses through grants, in studies done during the recession. Without recognition by funders that a stable infrastructure is needed to support service delivery, nonprofits fall into the “services trap.”

Organizations continue to ramp up client numbers without investing in capacity building, long-term planning and reserve funds. The result is a balloon that will collapse as soon as the grants for programs dry up. That in turn leads to money-chasing – shifting services and mission to grab funding. Overhead has become a dirty word and, in response, organizations tend to self-restrict reporting their true costs and needs.

GEO took a look at this issue in the 2014 study, “Is Grantmaking Getting Smarter?” Encouragingly, GEO learned operating support increased in 2014 from about 20 percent of foundation giving to 25 percent.

In tandem, 74 percent of grant-makers participating said it was important to support infrastructure so grantees can increase impact. GEO feels this reflects a positive shift in this important issue.

Another area of nonprofit uncertainty and resource drain is being forced to raise funding annually because of short-term grants. Already in short supply, multi-year commitments took a hit during the recession.

The GEO 2009 study found that a majority of funders preferred one-year commitments. This insecurity regarding future ability to continue services creates even more financial stress and scrambling.

A related issue is the push for revenue diversification. Believing that it’s safer to have multiple funding streams, organizations find themselves with unwieldy grant-seeking and reporting requirements.

In addition, unless required outcomes from the grants line up, program delivery has to be adjusted. This is where mission creep can wreak havoc on staff and organizations. If organizations create new programs or services when adding revenue sources, the impact is magnified. The true cost to the organization includes investments in skills, systems and capacity.

GEO found that organizations with fewer but higher quality revenue sources perform the best financially. Of course, the more unrestricted funding they have, the better the organization will fare. Examples of flexible funding include endowments, memberships and contributions.

The 2014 survey fortunately found that multi-year commitments are again on the rise after a severe dip in 2011. In 2008, 60 percent of foundations often or almost always gave multi-year grants.

In 2011, only 29 percent did. Now the percentage has risen to close to 2008 levels, clocking in at 58 percent. This is good news for grantees who can focus on service delivery and capacity building rather than seeking replacement funding.

About a quarter of foundations are also increasing dollars allocated to three key areas for nonprofits: multi-year funding, general operating support and capacity building. GEO believes that as giving rebounds, additional foundations will expand giving in these critical areas.

Building relationships between nonprofits and foundations is an area GEO believes is essential for continued nonprofit sustainability and success.

Many organizations don’t feel funders understand their issues or how onerous the grantmaking process is.

Many grants take about 20 hours to prepare – and this burden isn’t necessarily related to the size of the award. In fact, foundations and other funders tend to raise the bar each year by requiring new information of applicants, in part because of the sheer difficulty of deciding who gets scarce funding.

Other requirements, such as information about sustainability or in-depth evaluation processes, are added to meet foundation goals of funding the organizations with the best performance or those most likely to survive. If foundations truly want to lessen grantees dependence, GEO asserts, they need to help those organizations build the necessary capacity and infrastructure for long-term success.

GEO found that 53 percent of foundations now ask for grantee feedback, a significant increase over 2008, when only 36 percent did. Foundations are also seeking input on policies, strategic direction and program areas. A gap still exists when it comes to discussing financial issues, with foundations most reluctant to talk about grantee long-term needs for working capital, physical capital and capacity building.

In turn, organizations fear to broach these topics because they feel pressure to reassure funders that they are good financial risks for grant funding. Not surprisingly, GEO found a correlation between strong grantmaker-grantee relationships and the likelihood the foundation would support operating and capital needs.

Another area for possible growth is funding collaborations between nonprofits, a strategy that organizations are already using to leverage scarce resources. Perhaps it is time for foundations to do the same.

This article was originally posted on September 23, 2015 and the information may no longer be current. For questions, please contact GRF CPAs & Advisors at marketing@grfcpa.com.

Congratulations, You Are Now a Law Firm Partner! What about Your New Tax Forms?