Home / Resources / Articles / Signs a Business May Be Cooking the Books

Signs a Business May Be Cooking the Books

The impulse to present things in a better light isn’t limited to personal photographs or online profiles.

Some companies can’t resist the temptation to tweak their financial statements. This may happen when seeking financing or an investor, or when selling the business.

It can also be a sign of more than a subtle facelift to the numbers. Some business owners systematically cook the books for criminal reasons. But, as in most crimes, there are clues that this is taking place. 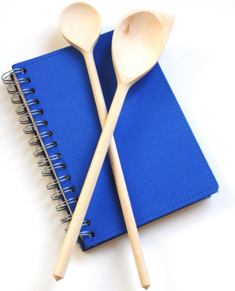 Warning Signs a Business May Be Cooking the Books

Starting at the top, revenue figures are subject to outright misstatement or questionable recognition. Booking lump-sum payments as revenue in the current period is an old standby.

Often, this revenue is related to long-term service contracts and, as such, should be partially deferred.

Another common tactic is making large shipments at the end of a period and considering the entire thing a sale when the customer has the right to return the goods. The number of days sales are outstanding is another calculation to check because companies might be pushing product to falsely boost sales. Be wary of how one-time events are reported since they may also improperly inflate revenues.

The expense section of the profit-and-loss statement is another area ripe for misstatement. Again, one-time expenditures may be improperly reported. Expenses that should be capitalized, thus appearing on the balance sheet, are written off.

Pension plans are another expense category prone to adjustment to improve the financials. Companies have been known to record pension plan investment growth as revenue.

Synthetic leases are a related area, with payments reported as expense and the company’s liability at the end of the lease overlooked. As a mirror to the profit and loss, capitalization of expenses should be examined to ensure they were justifiable.

Reserve accounts for warranties also represent an area where creative accountants can play around. If reserve accounts are too low, then the company is masking potential future liabilities. Incorrect asset valuation can fraudulently inflate company worth.

Just how accurate are those inventory, work-in-progress or accounts receivable numbers? Changes in valuation or recognition might be legal, but the reason for the change needs to be questioned. Depreciation methods used are worth a look too because improper depreciation expense will affect asset value and the profit-and-loss statement.

A useful technique to spot areas to investigate further is trend-and-ratio analysis. Comparisons between the company’s own past and present financials can be instructive along with comparing the financials to those of peer companies.

Industry standards are compiled over time, from thousands of like businesses, and a healthy company won’t stray too far from those ratios. Any anomaly must be investigated and explained.

The cost-of-goods-sold ratio is useful, especially when evaluating small businesses without audited statements. Costs of goods that are too high can be caused by poor management, understatement of revenues or a problem with the purchases number. Is the owner writing off all of their personal expenses through cost of goods sold, or is the inventory number understated? Cash businesses are often prone to this ratio problem since the temptation to skim sales is great and often not easily detected.

Some firms have the opposite motivation – to show higher profits than they actually have. The investigation of HealthSouth showed that the company booked only 10 percent of accounts as doubtful while a peer’s percentage was 34 percent. Intangible assets were also much higher (42 percent vs. 27 percent) and had shown an enormous growth trend, thereby pumping up the balance sheet.

Understanding the motivation behind the financials, making intercompany and industry comparisons, and digging into anything that appears questionable is the way to identify companies who fudge their financials.

This article was originally posted on November 11, 2015 and the information may no longer be current. For questions, please contact GRF CPAs & Advisors at marketing@grfcpa.com.