There is both good and bad news when it comes to giving in the United States.

Although donations and gifts have rebounded to pre-recession levels, the total still hovers about 2 percent of gross national product, where it has been since the 1970s.

That’s according to Money for Good 2015 study, which examines the “giving needs, attitudes and behaviors” of donors and how nonprofit organizations can strategically increase giving through the right channels and messages. 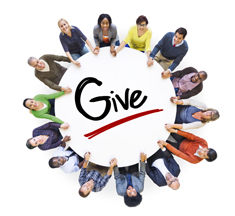 Earlier studies focused on donor behavior and the giving process and how donors and foundations qualify and choose their investments. Camber Collective, the author of the study, believes there is opportunity to increase giving from $22 billion annually to $47 billion.

The 2015 Money for Good study surveyed and held focus groups with donors, most of whom were in the over $80,000 household income bracket. Those individuals make 75 percent of gifts.

Most donors feel a responsibility to give and regard charity as a reflection of their values. They want to give back. Almost 70 percent also spent time volunteering.

A key perception is that three-fourths of donors think they give more than others, when in reality, 55 percent give about .04 percent of their income.

Donor concerns fell into several main areas, with the No.1 concern being uncertainty about how the recipient organizations use their donations. Frequency of appeals and lack of clarity about results are No. 2 and No. 3. The result is that donors fall back upon the familiar – giving the same amount to the same organizations year after year.

The study proposes changes in both the giving culture as well as segmenting donors to focus on those most likely to give more.

The present environment is characterized by inertia, habit and high donor satisfaction, coupled with perceived complexity and a certain level of mistrust toward nonprofits. The focus on the tried and true, the well-known charities, is what is keeping donation levels stagnant.

The 2015 study proposes invigorating the philanthropic culture by making giving simple, dynamic and joyful, with a sense of connection. Donors should feel they want to give – rather than feel pressured – and that their donations make a difference.

Segmentation is a marketing technique that groups audiences by certain characteristics in an attempt to address their particular needs and concerns. The study looked at donors in that way so those who are most amenable to increased giving can be reached appropriately.

It costs a significant amount to fundraise, and organizations struggle with how to do it effectively and with the desired results.

The five groups identified are:

Except for Contented Benefactions and Unengaged Critics, the study authors feel that the other three groups have the greatest potential to increase giving. The message for each is slightly different.

A message for Busy Idealists should focus on simplified giving and deeper connection. Cautious Strivers need to discover their passions and understand how their engagement can make a difference. Unaware Potentials can be reached through an appeal that focuses on an “Everyone can give” message.

In addition to deeper understanding of donor motivations and concerns, the study recommends leveraging workplace giving and donor-advised funds to greater effect. Workplace giving is seen as having annual potential of $4 billion to $6 billion, while it is now at $500 million to $700 million.

Making the process simpler for employees while expanding nonprofit choices is seen as a key way to grow programs in companies. Nonprofits can benefit by making sure they participate in leading platforms. One of the best features of a workplace program is that most companies match employee donations, meaning that both individual and corporation donations grow.

These funds can accept non-cash donations and have additional tax benefits, such as avoiding capital gains tax. This type of fund may be of interest to Contented Benefactors because it represents a logical supplement to what they already give.

Understanding donors and creating appeals that reflect their concerns and interests is essential to successful fundraising. Money for Good 2015 offers some intriguing insights and approaches to donor relations.

This article was originally posted on November 11, 2015 and the information may no longer be current. For questions, please contact GRF CPAs & Advisors at marketing@grfcpa.com.

Is the Bank With You or Against You?

Signs a Business May Be Cooking the Books