Home / Resources / Articles / Why Nonprofits are Reluctant to Report Fraud

Why Nonprofits are Reluctant to Report Fraud

Nonprofit organizations are not immune to theft by their employees or volunteers.

In fact, sometimes they are more vulnerable because charitable organizations tend to place more faith in the individuals in their organizations, perhaps wrongly assuming that everyone is there for the good of the charity.

Nonprofits don’t tend to have the extent of problems that for-profit businesses encounter, but when they are the victim of fraud, the results can be devastating.

Of all the major fraud cases studied by the Association of Certified Fraud Examiners in 2014, 11 percent involved nonprofit organizations, compared to 68 percent for public and private companies. 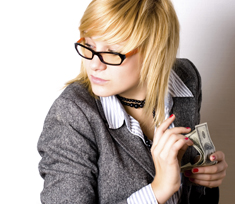 The types of fraudulent activity that victimize nonprofits are much the same as those in the for-profit world:

Many nonprofits place excessive control in the hands of longtime directors, coordinators or volunteers who operate independently with little or no financial oversight. Many also have nonpaid, non-vetted volunteers who have access to the funds collected on the charity’s behalf.

Some charities don’t have enough staff to adequately segregate duties. Take the case of the Virginia Scholastic Rowing Association, in which a grandmotherly volunteer served as treasurer of the rowing club for over a decade with no oversight. She regularly stole contributions that totaled over a quarter million dollars. The student athletic club still hasn’t gotten back on its feet after the loss.

The Washington Post found in a 2013 study of Form 990 reports filed between 2008 and 2012 that more than 1,000 organizations checked the box that indicated they had lost significant funds ($250,000-plus or 5 percent of gross receipts) to theft, fraud or embezzlement. The losses in the 10 largest of those cases totaled a half billion dollars.

Many of those organizations did not charge the individuals involved and were vague in their answers to questions on the 990 form, the newspaper report said.

Among organizations that were victims of fraud in the Washington Post study were AARP, Columbia University and the Global Fund to Fight AIDs, Tuberculosis and Malaria, which found unsubstantiated spending of $43 million. The Conference on Jewish Material Claims Against Germany lost up to $60 million to swindlers, the Post reported.

Many nonprofits are reluctant to report fraudulent activity because they don’t want negative publicity that could damage their organization’s image and fundraising abilities.

But fraud experts encourage organizations to prosecute offenders so that they and other groups are not as vulnerable in the future.

If your organization does not have a strong system of internal controls, now is the time to implement one. It is essential that duties are separated so that too much control over financial functions is not entrusted to only one individual.

Don’t allow your organization to be victimized. Take steps now to ensure that your nonprofit group is doing all that it can to prevent fraud.

This article was originally posted on May 21, 2015 and the information may no longer be current. For questions, please contact GRF CPAs & Advisors at marketing@grfcpa.com.

Why More Attorneys Are Telecommuting